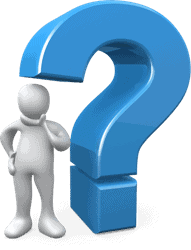 Can I find something for you? 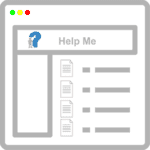 What is a Budget

A budget is a forecast estimation of revenue and expenses over a specified future period of time and is usually compiled and re-evaluated on a quarterly basis.

Budgets can be created for a person, a group of people, a business, a government, or just about anything else that earns and expends currency.

Budgets are the dynamic barometers that should be visited and adjusted at regular intervals to enable the goals to be achieved. Theses goals can be almost anything one can think of that has a forecast which is compared to actual results.

Most people have never thought that you could have a budget for private vehicle expenses, in such a scenario the budget could indicate up and coming maintenance or breakdowns before they occur.

A budget is an essential financial guide to a business, and should not be ignored due to time constraints.

A budget is a microeconomic concept that highlights the trade-off made when one good is exchanged for another.

In terms of the end result of this trade-off:

A Budget is a wonderful tool for managing finances, but there are many that think a budget is not for them. most of the non beleivers in budgeting are individuals who have not realised how liberating controlling outcomes can be, they always seem to rely on the bonus cheque, tax payout or other windfalls to get them out of sticky situations.

They represent to me ships without a rudder, heading into stormy waters, which have not been forecast.

It is recommended that tracking and understanding expenses and income are step one to building a budget.

Once the expenses have been captured as a list and all income is collated, can a clear picture be formed of the financial situation the individual or company is in. Servicing and reducing the debt, creates a better cash flow with time.

To speed up the process of increasing cash flow the first step is to create a slush fund for emergencies, which will replace the use of credit card for unexpected expenses.

This would be your first target the budget has to assist with.

What are unexpected expenses?

Unexpected expenses are those that no one could have foreseen, such a leaving for work in a motorcar, and having your car breakdown  on the way there, with no way of getting to work to earn some coinage. This is a double negative, as the car has to be repaired and there is no income until you can get back to work.

Under normal circumstances the credit card is accessed and things appear to return to normal, with the transport running again.

The reality is Peter Bank has lent you money to pay Paul Mechanic.

In esence this is an unexpected expense, this is where the slush fund could have assisted.

With the slush fund in place, the second target can be set, the illumination of unnecessary debt, such as credit cards, a high interest debt that can quickly spiral out of control.

In this stage of the budget creation,  scrutinise in greater detail your expenses and differentiate the needed to the whimsical.

For example a cup of coffee a day for one week, could translate to the ingredients to make coffee for the whole month. A surplus in the budget of three weeks of coffee could be put towards paying off the crippling debt.

A gym monthly subscription could be substituted with home exercise equipment and within a short period, the long lasting effects of substitution of needs would begin to increase cash flow in your budget. This increase starts becoming a motivator and lead to a more stringent detailed budget to be set aiming for higher goals.

A warning, take it steady but not too slow or the feeling that life is a complete drag with no pleasure, begins to have a negative effect on moral and motivation, baby steps to start with, but do not give up.

This step is not the first in the process, because there are many foundation steps which will encourage and strengthen the person controlling and being guided by the budget.

This is the stage where the lessons on how to deal with extra income have been learnt and the bar is set much higher than at the start.

The extra income has less chance of being spent on frivolity expenses, being most likely used to achieve the next goal, investment.

There will come a time in everyone’s life that earning capacity is diminished or reduced to zero.

When does this happen? Well no one knows realy, but the good news is that preparation for this eventual transition is positive and uneventful. Life’s twilight years slowly creep up and before we realise it we are enjoying doing things that are rewarding in different ways, enjoying the fruits of our labour and good budgeting for the retirement goal.

Knowing  and understanding the financial goals set the path for the current and future budgets. one may think of this as a long term budget with smaller achievable goal budgets to get to the end point.

These two types of budgets are referred to as long term and short term budgets.

Jeff Bezos of Amazon chose the name for his company by naming it after the largest river in the world, and at inception amazon’s slogan was “earth’s biggest book store”.

At these early stages of the internet and of the Amazon company the concept of becoming the biggest online store in the world may have not been conceived. But that is what Amazon is.

The most recent stage in the Amazon Business is the opening of physical brick and mortar store in fresh produce, imagine from online books to fresh produce and many things in between.

Keep Focussed on the end Goal

The purpose of a budget is to keep the train on the tracks. It ensures that all traffic signals are noted and that the destination will be achieved, as long as the train is not derailed but impatience trying to beat the train across the tracks.

Some people keep a picture of their dream home or dream life, and companies of the next big event, new corporate office. In this way a constant reminder exists of the final destination.

Remove obstacle which cause budget deviation

So many governments, companies and people today, seem to live as if tomorrow never comes. The reality is that tomorrow arrives today.

We are witness on a daily basis, of the suffering cause by this way of thinking, we see governments, companies, and individuals living life as if there is no tomorrow, with little to no regard for extravagant spending on lavish luxuries, and pure wastefulness of resources.

The truth is that what is done today will impact on the future. Controlling the desire to break the budget discipline is a series of steps:

Keep control it may be difficult to start but extremely rewarding at the end, as determination, and character strengthens with each temptation overcome.

Reward yourself occasionally to avoid making budgeting unpalatable to thought. Get support from positive influences, to assist in weak moments. Do not capitulate to desire.

Armed wit a good understanding of what a budget is and why a budget is a requirement, it is time to offer insight our free budget template.

The template is simple, easy to modify or customise. Here are some pointers to get more from the template.

The information on this page is for illustrative and educational purposes only. V2M Web Solutions, The writer combined do not guarantee the application or resulting outcome of the application to your particular financial situation. you are advised to always consult an Accounting Officer or financial institution  regarding any financial advice.

Still stuck? How can we help?

How can we help?